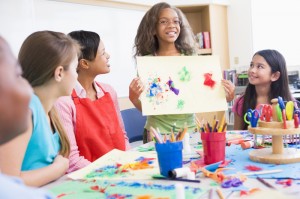 Educating Our Children: An Introduction By Judith Black

My son was 11 years old when finally, after years of lackluster and antagonistic educational experiences (most of which left him sitting in the vice principal’s office), he was tested for learning disabilities. This bright kid, it turned out, had two learning disorders and a condition described as Executive Functioning Disorder. EFD means that, for love nor money, you can’t organize your way out of a paper bag. As his mother, this did not come as new information, but the learning disorders, entitled ‘auditory processing’ and ‘long term recall’, were eye opening [i]. I was informed that he would never be able to learn facts that were presented without a physical or experiential base. Thus, things like multiplication tables, the rules of grammar, and foreign languages would all be out of his reach. “Wait!” I exclaimed. “He has to learn Hebrew. He becomes a Bar Mitzvah in 2 years!” The specialist’s response? “I’d make other plans.” But I was not ready to give up. Handing the Torah down from generation to generation is not optional!

So, I called in the big guns: Uri, a soccer champ, the son of an Israeli soldier, and an all-around great guy, came in to tutor the kid (who, as the specialist had warned, had learned nothing in Hebrew school). Uri began by teaching him the Aleph Bet (the Hebrew alphabet) via a song by Debbie Friedman[ii]. We quickly discovered that my son could learn anything if it was accompanied by a melody. He ultimately conducted a three and a half hour long service in Hebrew because it could be chanted

to ancient trope notes. He could learn anything if he could manipulate the materials, hear a good story that made sense of it, or heard it via music and melody[iii]. I personally witnessed that children can all learn. How well they drink in information depends on their resonance to the modality of the teaching.

As we strive to improve our children’s education, it behooves us to approach their learning through as many modalities as we can. Storytelling can speak to linguistic/word, visual/spatial, physical/kinesthetic, musical/rhythmic, and interpersonal and intrapersonal learners. It is a treasure trove for parents and educators. 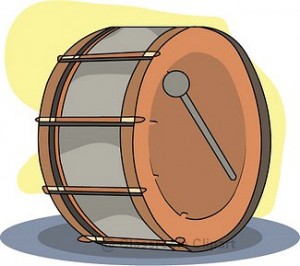 PS The Kid completed Georgetown University’s Graduate School in International Security Studies, won the Presidential Management Fellowship and is presently working as a desk officer in the State Dept..

[i]For a hysterical story (with 7 Broadway parodies) about raising a child you did not expect to be yours, including a sharp vantage point on how our schools deal with children with LDs: https://storiesalive.com/repertoire/esau.html
[ii]Debbie Friedman was a singer and songwriter whose work, which married traditional Jewish texts to contemporary folk-infused melodies, has given ancient liturgy broad contemporary appeal.
[iii]For a wonderful story about finding meaning in a ritual that you had no love for, while propelling your kid through it: Looking For G-d’s Doorbell
https://storiesalive.com/orderform.html

Contained here are curriculum guides for use in elementary and secondary school settings,
as well as for storytellers and personal development.

Making Stories From Your Life, the first weekend in February:

Telling Stories to Children, the last week in June: